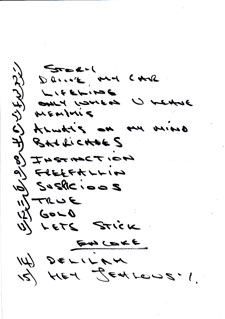 Blossom Hill Catwalks – 17th and 18th May 2005 in Dublin and Wexford, Ireland

The Blossom Hill Catwalks were an evening for ladies sponsored by the wine company Blossom Hill, including a three course meal, a fashion show and a charity raffle. It was followed by entertainment and Tony was chosen to sing (but only to a backing track). They were also held in other venues in other parts of Ireland,
The set was:

This show was raising money for The Forces Children’s Trust (Tony is a Patron of this charity) and Bodmin Rotary Club. There were various local acts on before Tony. 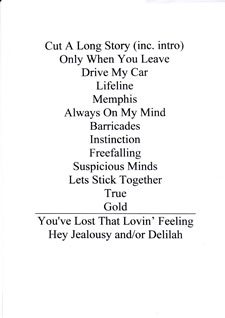 The set was as the set list except that I don’t think he sang ‘You’ve Lost That Loving Feeling’ but he did sing both ‘Hey Jealousy’ and ‘Delilah’.

This was a concert of three acts managed by Blueprint management – Tony, Go West and Martin Fry. The show started with the trio of Tony, Martin and Pete singing Addicted to Love. The set went as the set lists, but Martin definitely didn’t sing The Very First Time and I’m not sure that Drive my Car came at the end of the first half. They were singing on their own, in duos and trios with up to 15 people on stage at any one time and at one point there were five guitarists on stage. 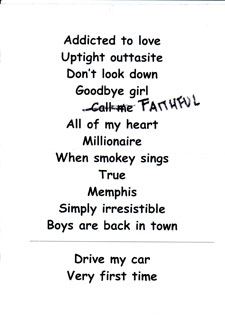 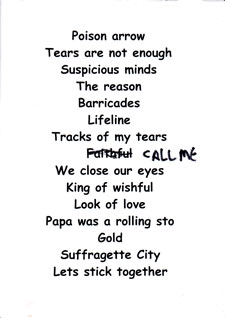 The line up was: 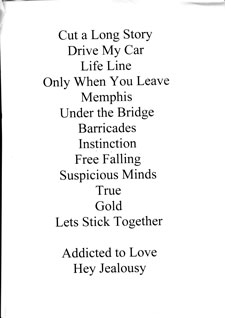 This was one of those free shows that pop up on the continent now and then, with various bands on the bill. Tony was on the bill as well as Martin Fry and they were both backed by Phil Taylor on Keyboards, Phil Williams on Bass, a brass section, a drummer, a guitarist and two women backing singers who appeared to be local.
Tony sang:
Chant No 1
Only when You Leave
Through The Barricades
Free Fallin’
Walking in Memphis
True
Gold
He then went off and Martin Fry came on to sing his set, It was a bit of a surprise when Tony joined Martin to sing Addicted To Love and Lets Stick Together. 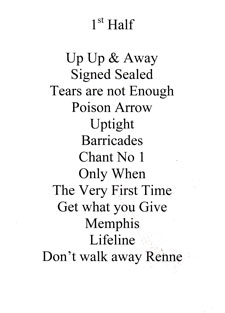 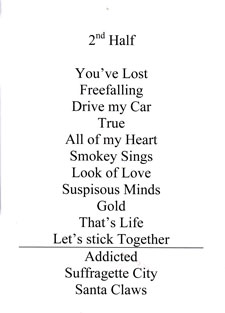 This show was was raising money for The Lowe Syndrome Trust and Huntington’s Disease Association. Martin Fry, Pete Cox and Richard Drummie came along and sang some duets with Tony and reprise some of the songs on their joint tours. The backing band was John Keeble, Phil Taylor, Phil Williams, Ritchie Barrett and Andrea Grant. 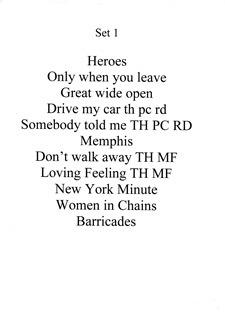 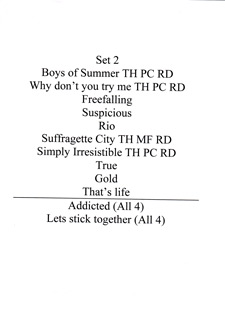