The Lost World Ball was the finale of the fundraising for the Lost World Trek which Tony, Martin Fry and Richard Drummie undertook earlier in 2006 in aid of Action Medical Research. 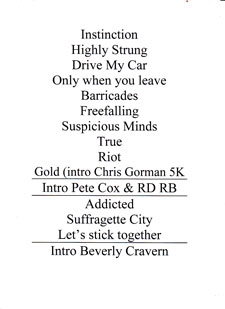 This show was music after racing with a tribute act on first. 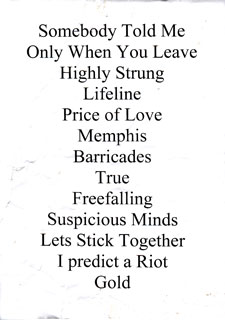 Unfortunately it was raining heavily and the electrical supply got too wet and fused and the light and sound went out during Suspicious Minds and the show was abandoned.

This show had supposed to have been an outside festival, but instead it was held in a dingy ex-cinema venue on the outskirts of Newport. Chico and Journey South were also on the bill. The band were John Keeble, Phil Taylor, Phil Williams, Richie Barrett, Simon Wilescroft, Dave Williamson and a trumpeter. 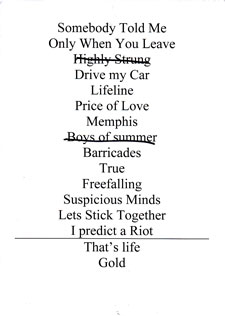 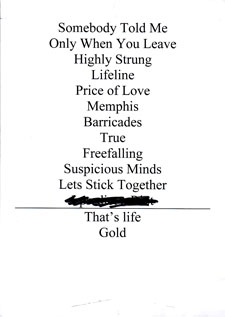