This was a show in a theatre and Tony was backed by Jazz Sciliana and it was a swing show. 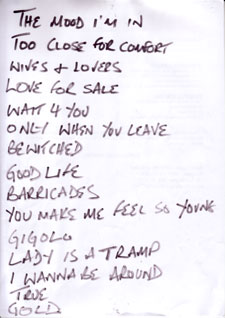 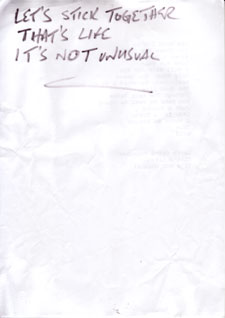 These set lists were written by Tony.

This was a band show to raise money for Tony’s driver who had become ill. Peter Cox joined Tony to sing Drive My Car, Somebody Told Me and Boys of Summer. He later came back for Let’s Stick Together. The band was: John Keeble, Phil Taylor, Phil Williams and Richie Barrett. 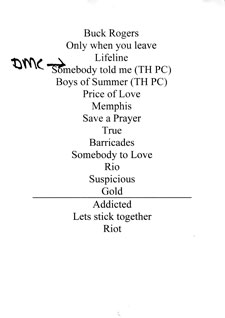 A swing show with a Dutch orchestra. 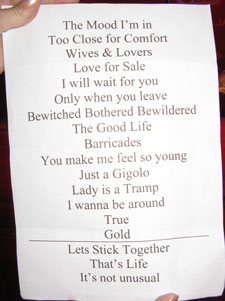 This was an indoor festival show wit many acts on the bill. Tony’s usual band were not there. 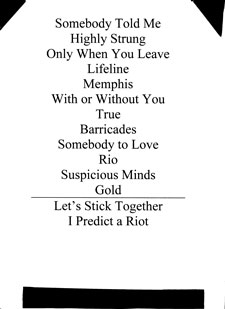 This was a swing show in a theatre with the Barcelona Jazz Orchestra. 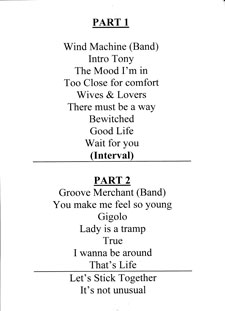 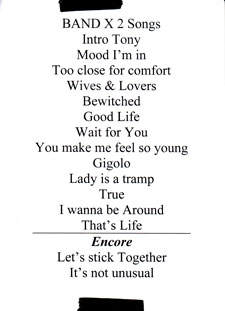 An outdoor show with a swing band including Simon Wilescroft and Dave Williamson plus Richie Barrett. 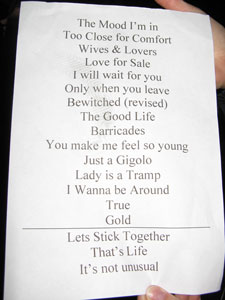 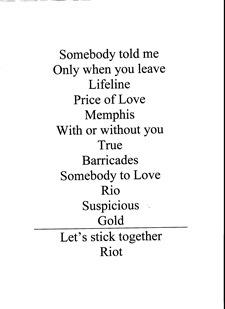 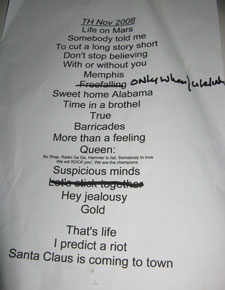 This was the fourth show on the tour. 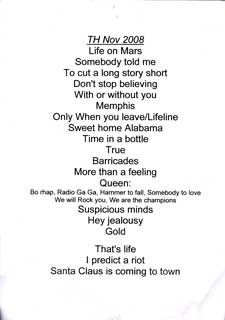