This was a similar show to the ones in Marbella and San Javier in 2008 with the Barcelona Jazz Orchestra. 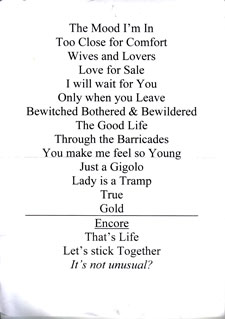 This was an outdoor festival in Demark and this particular night of the festival was 80s night with other 80s bands on the bill. Tony was on stage with John Keeble, Phil Taylor, Phil Williams, Richie Barrett, Dan Carpenter, Simon Wilescroft and Dave Williamson.
The set was:
Somebody Told Me
Only When You Leave
Lifeline
Walking in Memphis
With or Without You
True
Through the Barricades
Somebody to Love
Rio
Suspicious Minds
Gold
I Predict a Riot

This was another swing show with the Barcelona Jazz Orchestra and was held in the 17th century Santa Domingo Cloisters. 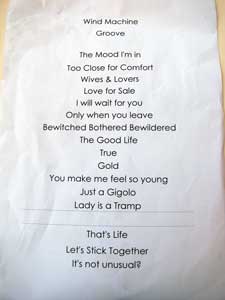 This was the first night of the Spandau Ballet reformation tour.
The set was:
To Cut a Long Story Short
The Freeze
Highly Strung
Only When You Leave
I’ll Fly For You
How Many Lies
Virgin
She Loved like Diamond
Once More
Round and Round
Man in Chains
With The Pride
Through The Barricades
Instinction
Communication
Lifeline
Chant No. 1 with Paint Me Down in the middle
True
– – – – – – –
Fight for Ourselves
Gold

When the show got to the O2 in London on 20th October 2009, it was filmed for a DVD and it has the full concert on it. 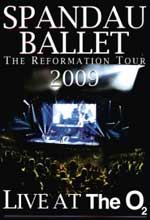 All the rest of the UK shows that I went to had the same set list as the Dublin show.

This was a show that was recorded by the BBC for transmission on Radio 2. 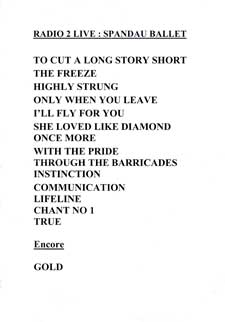