This show was held outdoors at a shopping centre on the outskirts of Rome in Italy. The band included Phil Taylor, Phil Williams and Simon Wilescroft. 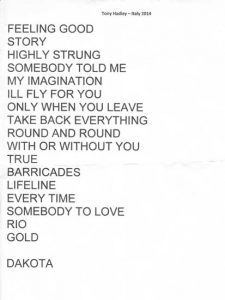 This show also had Bonnie Tyler on the bill and was to celebrate the Christmas lights switch on at the hotel and shopping/restaurant area of Soho Square in Sharm-el-Sheikh in Egypt. The band was Phil Taylor, Phil Williams, Richie Barrett, Lily Gonzales and Tim Bye. 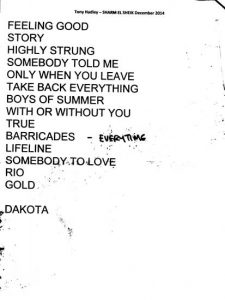