The second Fandango was held at Butlins in Minehead and again was just for Tony and Go West fans. This time Tony was involved with the ten pin bowling and football match. Tony also did a question and answer session and a signing session.

Friday 30th September
Tony was second up on the Friday night. Apart from Rio, the complete set list was Spandau songs. 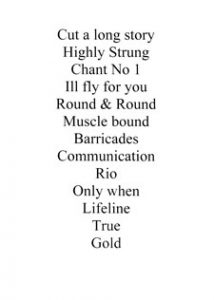 Saturday 1st October
Tony was up first on Saturday night. 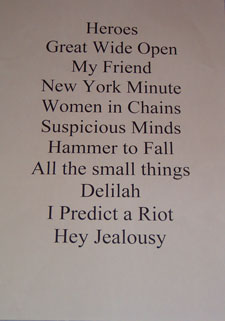 Sunday 2nd October
Sunday was a joint Tony and Go West show. The show started with both Tony and Go West on stage for Gimme All Your Loving and Beautiful Day. Go West did 3 songs and then went off. Tony did The Reason and Walking in Memphis. Go West joined Tony for Boys of Summer, Taking it to the street and The Joker. Tony did Freefallin’ and That’s Life. Richard Drummie came on for Lets Stick Together. Tony did Gold and went off Pete came back on solo for two songs and Richard was back for two more. Tony came back for the last four songs, including the encore. 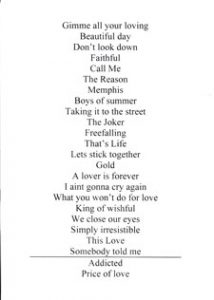