Fandango 3 – 21st – 23rd September 2007
The third Fandango was held at Butlins in Minehead. Unlike the previous two Fandangos the Tony and Go West fans did not have Butlins to themselves as there was a family weekend happening there at the same time.

Tony was on 2nd after the Go West Set 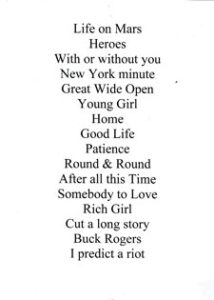 It was a joint Go West and Tony set with the initials of who was on, listed on the set list.  There were some duets too. 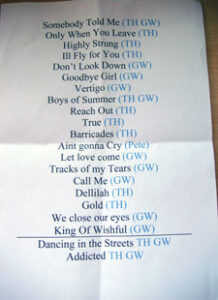 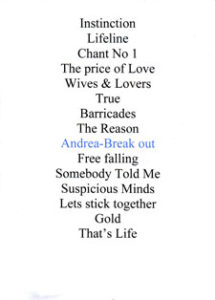